They take off on eco-caravans, cycle for change and represent India at climate meets. They are the young men and women who are taking the lead in whipping up opinion and lobbying the government into acting—fast. 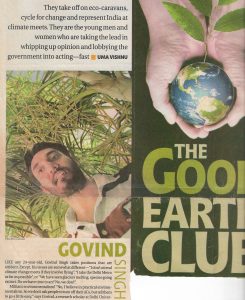 GOVIND SINGH, 24, DELHI GREENS
Like any 24-year-old, Govind Singh takes positions that are strident. Except, his issues are somewhat different—”I don’t attend climate change meets if they involve flying”, “I take the Delhi Metro as far as possible”, or “We have seen glaciers melting, species going extinct. Do we have time to act? No, we don’t”.

Militant environmentalism? “No, I believe in practical environmentalism. So we don’t ask people to turn off their ACs, but tell them to go a little easy,” says Govind, a research scholar at Delhi University (DU)’s School of Environmental Studies and one of Delhi’s growing voices on the climate change.”Human beings are selfish. The only way to get the message across is to tell them how they will be affected. Tuvalu, a country on the east coast of South America, is negotiating with mainland Americas to buy land because their country is sinking. That could happen to any of our coastal areas,” says Govind, voice rising above the blaring music at Madras Coffee Home in Connaught Place, New Delhi.

Since graduation from Delhi’s Dyal Singh College, Govind has taken to juggling roles—he is director of Delhi Greens, a climate network and blog that sensitises Delhiites about environmental issues of their city; the Delhi face of Al Gore’s Climate Project India; the South Asia coordinator for 350.org, an international grassoots organisation that highlights the urgency and need to bring down CO2 concentration to 350 parts per million tonnes; and is on the advisory board of a project to green Teen Murti Bhawan.

Delhi Greens began in 2007 as part of a campaign to stop authorities at DU from felling around 1,000 trees on the campus to make space for a rugby stadium ahead of the Commonwealth Games. “Who plays rugby in this country? These are trees we spent all our time under, made friends under and to suddenly see them marked for cutting…,” he says. He walked up to the vice-chancellor’s office and told him that as an environmentalist, he wouldn’t let the trees be cut. “The VC turned around and asked me to define an environmentalist. I didn’t have an answer. I realised ecologists and environmentalists lived in brackets. The key is finding a middle ground—between the science and the sociology of environmentalism.” That’s a constant debate Govind has with himself—while he is organising eco-tours and mobilising youth voices through blogs and campaigns.

So what do his parents think about his passion? “Just the other day, dad called up to say that he had found a book on ‘How to run NGOs’ and asked if I was interested. I told him I wasn’t. But yes, that was a touching change from the days he would buy me books on ‘How to clear the Civil Services’.” 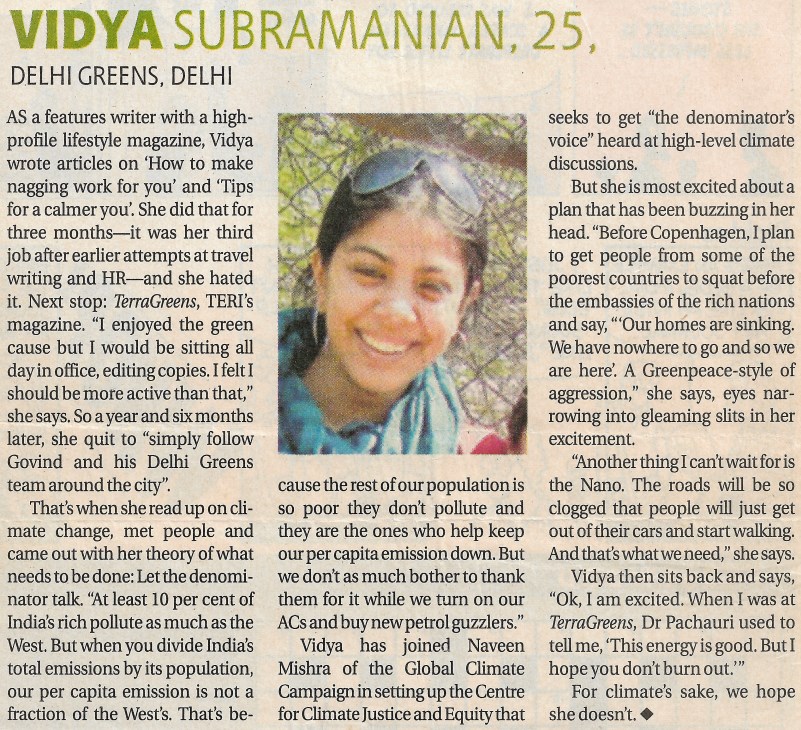