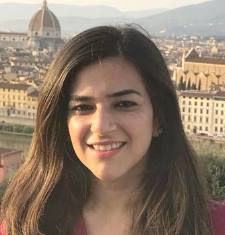 Ritika Kapoor is associated as an Independent Consultant Fellow with Delhi Greens since 2019. Ritika is presently a Ph.D. Scholar in Science and Management of Climate Change at the Euro-Mediterranean Centre for Climate Change, Italy. Her research is focused on Heat Events in the Indian sub-continent and its implications on human health. Prior to this, Ritika completed her Master’s in Environmental Science from Fergusson College, Pune. She published two papers in High Impact Journals on Indian Ocean warming and Indian Summer monsoon from her research carried out as part of her Master’s in association with Indian Institute of Tropical Meteorology of the Ministry of Earth Sciences, Government of India.

Ritika Kapoor has had associations with several national and international organisations and has worked on various projects related to sensitising the youth about climate change. She has also worked on Climate Change Adaptation programs for Ministry of Environment, Forests and Climate Change, Government of India which allowed her to travel across India. Ritika has also been involved with GIZ, WHO, British and Swiss Embassies for training different sections of society for understanding the implications of climate change. Ritika has been associated with Delhi Greens since 2014 and has interned with us as a part of her Master’s program.

Ritika Kapoor believes that Science and Policy need to go hand in hand for the betterment of society and gives credence to the fact that dissemination of scientific information to common masses will create effective awareness. She loves to travel and experience new cultures and absorbs whatever life brings her way.